The bracket was announced tonight and as predicted, it fell this way:

It was really quite simple, actually. Once you establish that you will move teams based on championship atmosphere, you have to continue that trend.

Once that happened, everything else fell into line.

Let me address one issue again that everyone talks about every year: the five-team conference rule.

There are six WCHA teams this year and readers keep asking, why don’t we invoke the five-team conference rule and have intraconference games?

I have always thought, and precedence guides me, that if you can avoid intraconference games in the first round, no matter how many teams from that one conference are in the tournament, then you bracket to avoid it. The only time when you have an intraconference game in the regional semifinals is when you cannot avoid it at all.

Enjoy the games next weekend and see you next year for more Bracketology! 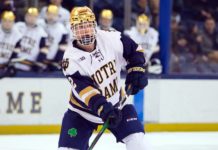 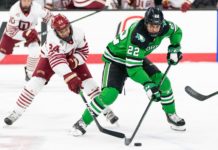 Final Bracketology: One last look figuring out which 16 teams will play for the 2021 national college hockey championship 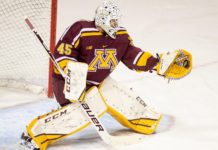 Bracketology: With Selection Sunday around the corner, taking one last stab at how the NCAA hockey tournament field will look